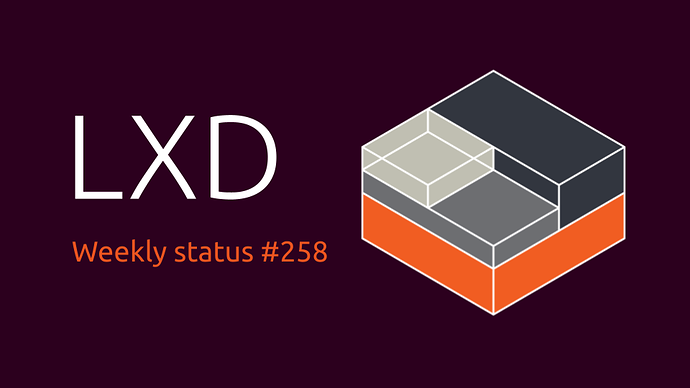 The highlight of the past week was the release of LXD 5.4. This is the latest feature release and includes the new OVN load balancer feature. Please see the release notes and release video for more information. The Ceph storage pool setting ceph.osd.force_reuse has been deprecated, as LXD expects a dedicated OSD pool, and as these are easily created in Ceph there is no known reason why LXD would need to share an OSD pool with another application.