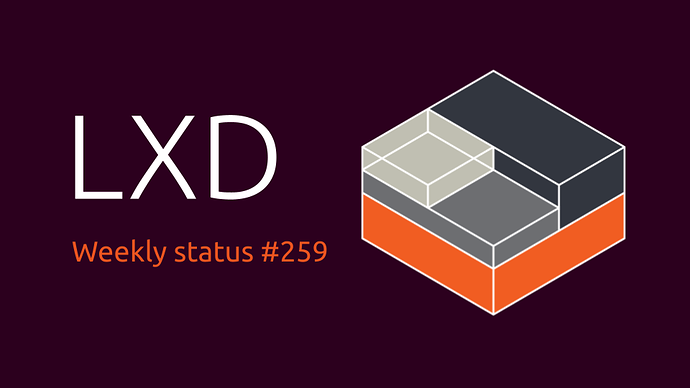 One thing to be aware of is that there is a known issue with LXCFS 5.0.1 when used with Fuse 3, please see https://github.com/lxc/lxcfs/issues/549.

On the LXD front we saw the completion of one of our roadmap items, the new Instance Ready state feature, which will allow application(s) running inside instances to report that the instance is ready for operation (as opposed to just started) which will then show up in the LXD API and lxc list output.