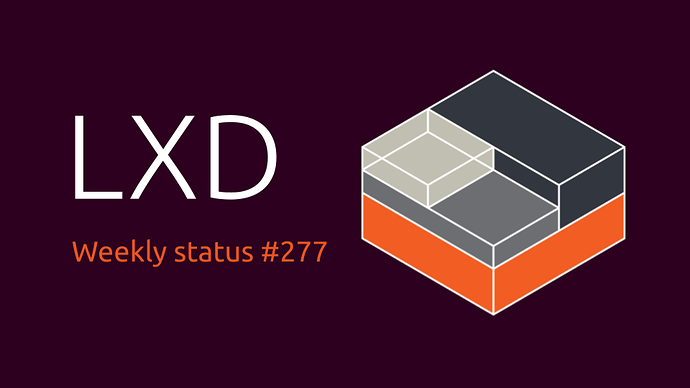 Weekly Update Templates960×540 53.2 KB
Weekly status for the week of the 28th November to the 2nd December.

This past week saw improvements to LXD’s DNS zones functionality, and several bug fixes, including a fix for a regression in the LXD 4.0 LTS snap VM functionality (see below).

A slightly different type of video from @stgraber this week. Instead of covering LXD, this week he is introducing the new MicroCeph package we have been working on. This is a snap-based packaging of Ceph combined with a clustering layer similar to LXD’s, which allows for very easy clustering and management across multiple systems. This complements LXD by providing a distributed storage layer it can use.