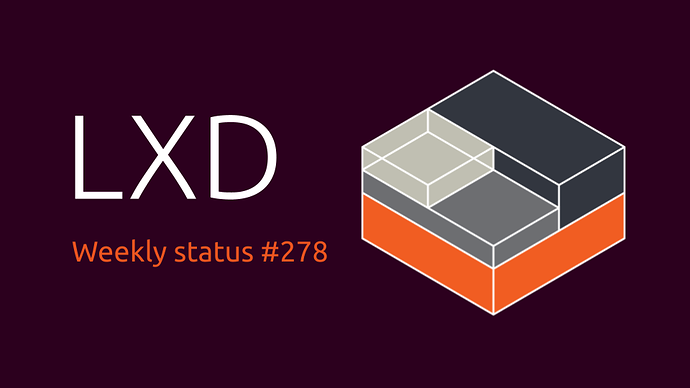 Weekly Update Templates960×540 53.5 KB
Weekly status for the week of the 5th December to the 11th December.

The highlight of the past week was the release of LXD 5.9. As its the last release of the year we primarily focused on bug fixes and performance improvements. For more details please see the release notes and release video: Hot on the heels of the MicroCeph demo last week, this week @stgraber has made a video demonstrating the new MicroCloud package we have been working on.

The MicroCloud snap drives two other snaps (LXD and MicroCeph) enabling automated deployment of a highly available LXD cluster for compute with Ceph as a storage backend.

For networking, MicroCloud will use a default network bridge, but MicroOVN is in development and will be added once completed.