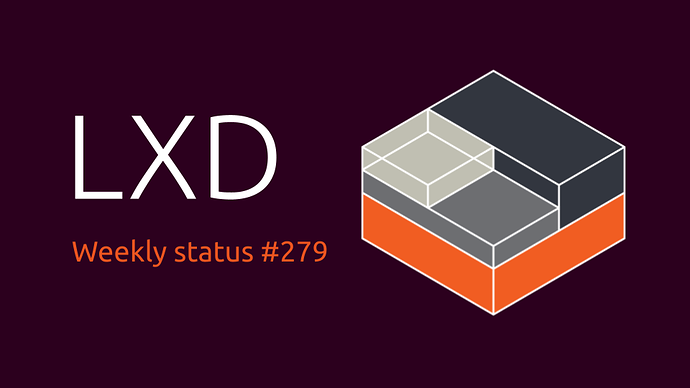 The first status update of the year! This one covers several weeks and stretches all the way back to December 12th 2022.

We finished off 2022 with a focus on documentation improvements and bug fixes ready for the imminent LXD 5.10 and 5.0.2 LTS releases.