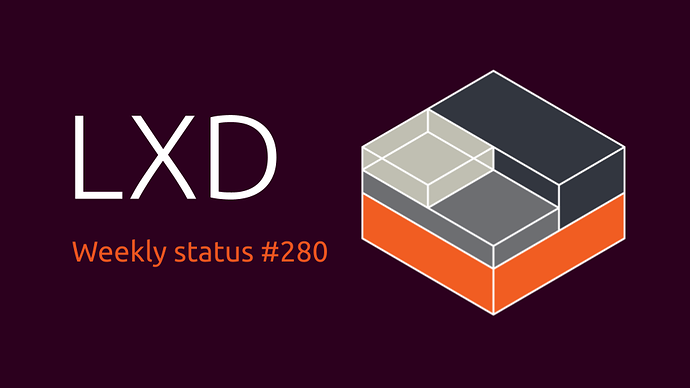 This past week has seen continued work on restructuring the instance creation API endpoint to accommodate the forthcoming instance placement scriptlet feature, as well as the usual rounds of bug fixes and improvements.

Additionally @stgraber has added a video covering the LXD 2023 roadmap: