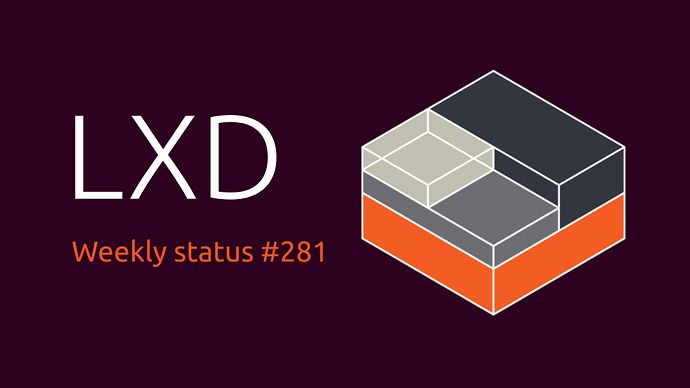 The highlight of the past week was the release of LXD 5.10. This release continues the push to get the most performance out of our database and preparatory work for upcoming features, and includes some quality of life improvements and a good number of bugfixes.

Additionally @stgraber has added a video on using the LXD cluster groups feature: