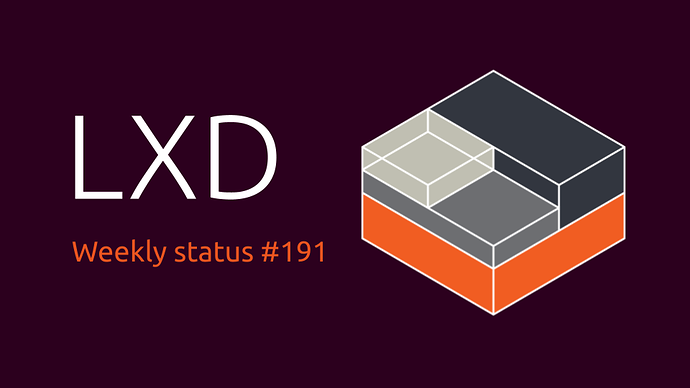 This past week there has been a focus on stability improvements, testing and bug fixes. We have also continued on migrating our API docs to SWAGGER.

This week LXD gained the ability to use the --console flag when performing an lxc stop operation so that you can see shutdown messages.

LXD also now supports the --quiet flag when moving an instance within a cluster using the --target flag.

LXC has seen a lot of work on adding support for oss-fuzz this past week, and as a result several fixes have been applied.

Several fixes for CentOS have been applied this past week, as well as a null-pointer-exception fix in logging, and a new Windows specific version flag --windows-version was added.

This past week the Dqlite RAFT library has seen improvements in the heartbeat system to use lighter weight empty AppendEntries rather than the larger SnapshotInstall commands. This will reduce network traffic.

An issue that can cause a follower to crash if it receives an incomplete snapshot from a leader has been fixed by using a tmp-file to ensure only fully written snapshots are ever read and sent to a follower.

Support for arm64 and ppc64le continuous integration tests have also been fixed.