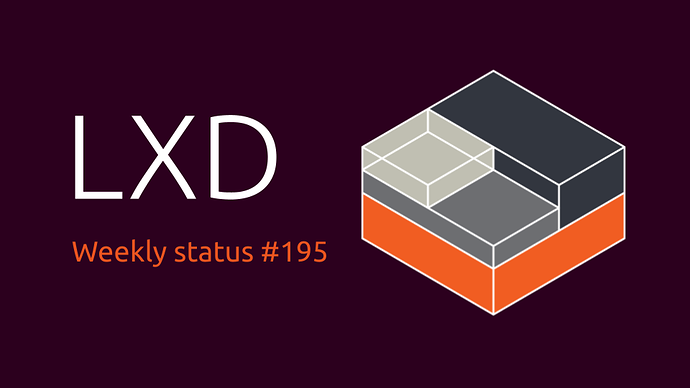 The past week has seen mostly bug fixes and stability improvements for LXD, however LXC has gained initial support for idmapped mounts, and distrobuilder now supports OpenWrt on ARM.

This past week has seen fixes for a couple of regressions in 4.13:

Whilst fixing the scheduled custom volume snapshot feature, we also found and fixed some other semi-related issues:

A user experience improvement has been added to routed NIC type to prevent accidentally specifying auto for the ipv{n}.gateway setting on more than one NIC concurrently. Previously this resulted in a liblxc error, but now we validate it before starting the container and give a clear error message.

For virtual machines, we have switch to using the -spice flag rather than using the associated config file section for enabling remote screen output due to changes in the upstream qemu project’s requirements. We have also moved to using query-cpus-fast QMP command for the same reason.

A fix for systemd capabilities inside containers has been added to avoid issues with distributions that have systemd units that enable these features which do not work properly inside containers.

This creates a system wide unit that specifies:

An issue that was causing intermittent latency spikes in response times has been fixed by continuing to allow requests during snapshots.

Several issues with unix sockets on MacOS have been fixed.

We now build with TLS support on MacOS.