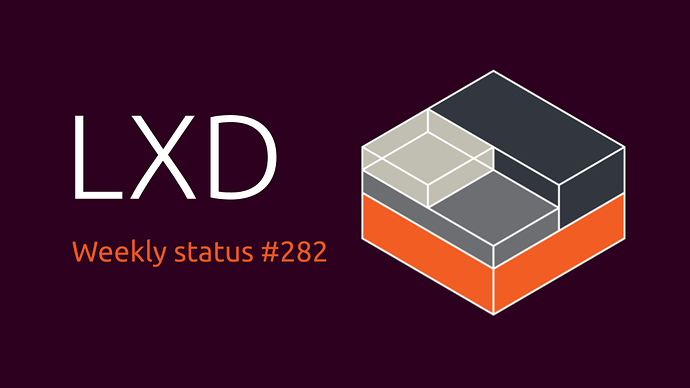 A bumper week of releases! The highlight of the past week was the release of LXD 5.0.2 LTS, LXC 5.0.2 LTS and LXCFS 5.0.3 LTS. These are the latest in their respective 5.0 LTS series (which are supported until June 2027). Please see their release notes for more details.

Does the database transaction reduction mean it could be viable to run a cluster in a cross data center environment?

Still not something we’d generally recommend, but those reductions certainly would make such a setup less painful.

So clustering should only be used if machines are in the same data center?

So for clustering is it built in mind for identical systems in the same location or is it ok for the systems to be different?

As all the database queries go to the leader member, if there is a lot of latency between it and the other members it can become intolerably slow.

But you can have mixed clusters of different machines. Although they need to some the similar connectivity and storage as LXD networks and storage pools must exist on every member.